The brain is one of the vital organs in the body that uses so much fuel. It acts as the central processing unit, controlling movements, what you think or feel, how you breathe, hunger pangs, how the heart functions, etc. As a result, it is prone to inflammations and other neurodegenerative diseases.

It’s therefore important to ensure that your brain is in a healthy state in order for it to function optimally. Foods play a crucial role in determining how the brain functions and responds to stimuli by supplying it with nutrients. This article highlights the top 10 healthy foods to boost your daily brain power.

Green veggies contain high amounts of vitamin C and antioxidants that are important for brain health. However, broccoli is superior because it’s a superfood with more health benefits. It prevents free radical damage that can lead to a decline in mental performance as well as other neurodegenerative problems. This vegetable also contains vitamin K, an important nutrient that supports cognitive function.

They are nutritious fruits with a wide range of health benefits including such as enhancing the brain’s health. Blueberries contain high amounts of anthocyanins, a variety of plant compounds which have high amounts of antioxidants and anti-inflammatory. Note that antioxidants have the ability to work against inflammation as well as oxidative stress. All these conditions can have a negative impact on the brain by causing neurodegenerative diseases and mental decline.

The antioxidants in blueberries normally accumulate in certain sections of the brain, leading to improved communication between the cells. Research studies also show that blueberries have the ability to delay the onset of temporary memory loss.

Nuts are food varieties which have been linked to a wide range of health benefits. Research reports show that they have the ability to promote healthy brain function. According to studies, nuts can prevent the onset or development of various neurodegenerative diseases and also enhance cognition.
Nuts have high amounts of nutrients including vitamin E, healthy fats, and antioxidants all of which have elements that support the brain function. Vitamin E, for instance, has the ability to protect the cell membranes from radical damage which often leads to mental decline.

These seeds have high amounts of powerful antioxidants which improve general body functions including radical brain damage. In addition to that, pumpkin seeds are also sources of minerals such as:

• Magnesium: this is an essential mineral that helps to minimize the symptoms of various neurological diseases such as epilepsy, depression, and headaches.
• Copper: it’s used to regulate nerve signals and reduce the likelihood of neurodegenerative diseases like Alzheimer’s.
• Zinc: it helps to ease the symptoms of neurological diseases such as Alzheimer’s, Parkinson’s, and depression.
• Iron: helps to reduce the development of brain fog. Besides that, it’s an essential mineral that improves general brain function.

These are vitamin-rich foods that have important nutrients which are essential for the brain’s health. Eggs have choline, a type of micronutrient that is used to make the acetylcholine. Note that acetylcholine is responsible for boosting memory function and regulating mood. The B-vitamins in eggs play a role in improving brain health. Vitamins B6 & B12 can slow down mental decline and may also reduce symptoms of dementia. Besides that, vitamin B12 helps to synthesize the brain chemicals thereby reducing the onset of mental decline.

They are vital in preserving brain fat. Besides that, tomatoes contain carotenoids which help to reduce chances of brain inflammation. Generally, tomatoes are healthy and antioxidant-rich food varieties which are mostly recommended to people suffering from degenerative conditions such as dementia. They are also rich in vitamins and minerals such as Potassium, Vitamin C, Copper, Iron, Vitamin A, and Vitamin E among others. All these nutrients are critical for the creation of brain signals i.e. neurotransmitters.

It’s an effective brain booster thanks to its high caffeine content. Green tea is a beverage that contains components such as L-theanine amino acid which increases the functions of the neurotransmitters. Furthermore, L-theanine can create brain waves leading to a calming effect. Generally, it enhances brain performance, focus, memory, and alertness.

Reports from various research studies show that sage has the ability to improve cognition and memory which include the attention, speed of memory, word recall, and secondary memory. Besides that, sage is an effective mood enhancer it provides benefits such as contentedness, alertness, and calmness.

Note: if you are allergic to food varieties that have mint, you should first consult with your doctor before using sage.

If you are looking for the brain food that’s highly nutritious, fatty fish is actually one of the best. This fish variety includes sardines, trout, and salmon. They are rich in omega-3 fatty acid which is essential for improved brain function.

Note that over 60 percent of the brain consists of fat with half of that being omega-3s. These fats are used by the brain to improve memory and boost learning capabilities. Additionally, the omega-3 fatty acid has the ability to reduce age-related mental decline as well as the symptoms of Alzheimer’s disease. Generally, eating fatty fish has a lot of mental health benefits.

It’s parked with cocoa powder which has brain boosters such as antioxidants, caffeine, and flavonoids. The flavonoids in dark chocolate usually accumulate in parts of the brain that are responsible for memory preservation and learning. According to medical research reports, flavonoids not only boost memory function but they can also slow down mental decline that’s age-related. While antioxidants help to minimize brain inflammations, the caffeine compound in dark chocolate improves mood and enhances mental focus leading to better productivity.

There is a wide variety of foods which you can consume in order to ensure your brain attains and sustains peak performance. They include drinks such as green tea, nuts, fatty fish, green veggies like broccoli, and fruits such as blueberries among others. These food varieties contain all the essential nutrients including vitamins, minerals, anti-inflammatory, and antioxidants which help to support the brain power by improving memory, focus, mood, and alertness. 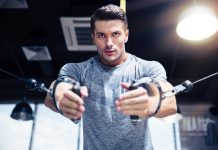 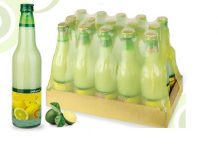 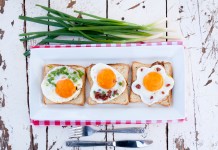 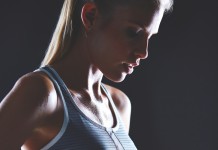 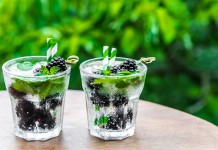 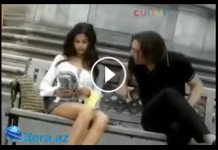 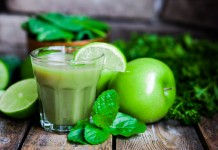 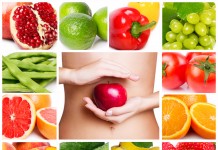 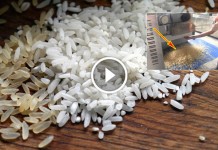