Divorce among celebrities is increasing at an alarming rate. Often, you find gossip on magazines and social media concerning the latest celebrity divorce. There are reasons that could explain why there is high divorce rate.

– Different busy schedules
Most celebrity couples have completely different schedules, and more to that, the schedules are so tight and involving. Most actors, singers, models and directors spend much of their time on the road, traveling to different shows in different countries. This brings a separation between the couples as each of them work to shine in their career. Although, at times they opt to travel together, the loneliness created by the frequent travels contributes a lot in the marriage failure. Their lifestyle is affected and makes it difficult to settle down and concentrate on their marriage, and growing the family. Bringing up children becomes a challenge too.

– Jealousy
For most celebrities, especially those whose marriage is not open, intimate moves, for example, too close dances, kisses and other touches would pull the guy or lady from the marriage. This is so common for marriages that have unresolved issues or even those that have no issues at all but the love passion is eroded. Jealousy is a weapon that works on destroying the marriage because it is an outward sign of mistrust. For a couple filled with jealousy, they seek to go far from the marriage. In a case like this, divorce is unavoidable.

– Age differences
For celebrities, they all work to remain younger, prettier and more attractive. A huge difference in age for a celebrity couple largely contributes to a break up as the younger one thinks of getting a man or a woman of their age. Most marriages that last long are those of couples whose age difference is small or even zero.

– Too much ego
When a celebrity appears on the stage, and the crowd is all cheers, they tend to raise themselves higher than the world. This ego, when it is taken home, it works on a destroying mode. When one tries to show their spouse that they are better than them, then the marriage is just about to break.

5 Ways to Keep Your Family Safe and Happy 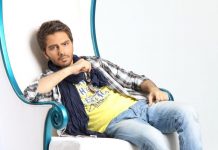